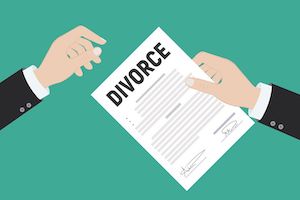 Marital misconduct is defined in NCGS 50-16.1A(3).  The statute plainly lists the behavior considered marital misconduct.  It includes cheating on your spouse, excessing spending, and alcohol or drug abuse.

This misconduct must happen during the marriage.  Any misconduct that happens after the couple separates is not considered marital misconduct.  While misconduct occurring after the date of separation typically cannot be presented to the court, it can be used to corroborate wrongdoing during the marriage.  For example, if one spouse cheats on the other spouse, but there is not strong evidence of the affair, evidence of the post separation relationship can be presented to the court to validate the affair.

Why is this any of the court’s business?

In awarding alimony, the Court considers any, and all, evidence relating to marital misconduct.  Based on the evidence presented to the court, the Judge decides the duration and payment of alimony.

What if my ex is a bad person?

Family court does not penalize parties simply for being bad people.  The court cannot award support or custody due to your ex being not being agreeable.  However, there are other mechanisms available to the court, such as a contempt of court proceeding to enforce court orders.