Spousal privilege is the legal and policy doctrine that accords confidentiality between spouses with an aim to encourage martial harmony and to protect families. There are two types of spousal privilege: (1) testimonial privilege and (2) communications privilege. Each privilege applies in finite circumstances and requires an inquiry into the status of the marriage.

The spousal testimonial and communications privileges are known as common law constructions. In North Carolina, these privileges are statutory. The statutory formation may include multiple exceptions to the rules conveying that the state is more interested in other matters that may trump keeping harmony in the marital relationship. Spousal communication privilege in North Carolina is quite similar to the common law construction:

No husband or wife shall be compellable to disclose any confidential communication made by one to the other during their marriage.

However, North Carolina provides the following exception in its version of testimonial privilege:

The spousal testimonial and communications privileges can appear as obscure evidentiary rules. However, in practice the assertion or lack thereof can have severe repercussions in divorce proceedings and related criminal mattress. The lawyers at Powers Landreth PLLC can advise you on spousal privilege matters and prepare you accordingly. Contact us now for a consultation. 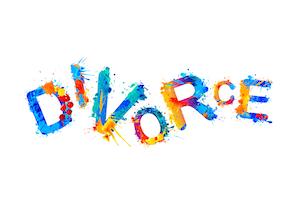 What Is Spousal Privilege? | Rules of Evidence NC | Carolina Divorce There are two different types of spousal privilege in the North Carolina rules of evidence.  These privileges refer to a spouse’s right to refuse to provide certain evidence.  The two privileges are commonly referred to as spousal testimony and marital communications.

The first type of privilege is referred to as spousal testimony.  The spousal testimony privilege only operates to protect the witness-spouse in criminal cases.  This means that only the witness-spouse can invoke the privilege not to testify against defendant-spouse.  On the other hand, the witness-spouse can choose to waive his/her privilege and testify against his/her spouse.  This privilege applies while the couple is married and ends with a couple’s divorce.  NCGS 8-57 lays out specific circumstances where the spouse may be compelled to testify, but those exceptions are extremely limited (ex. prosecution for bigamy, prosecution for abandonment or child support).

When it comes to divorce, the lines are blurred a bit.  While divorce proceedings are not mentioned in the statute’s list of exceptions, certain communications will be admitted.  For example, if the communication is made in an attempt to humiliate the other spouse, it will often be admitted.

For advice regarding your rights and privileges, contact Charlotte Family Law firm Powers Landreth PLLC at 704-342-4357.